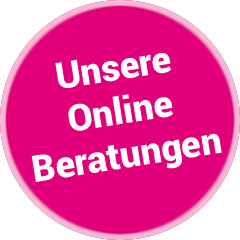 What exactly is sexual violence?

Sexual violence/sexualized violence is any sexual act that occurs to a person, or in front of a person, against their will, whether that person is a child, a teenager, or an adult.

Sexual abuse is the term used when the victim is a child.

If a teenager or adult is not able to knowingly consent to a sexual act due to their psychological, physical or mental developmental level, then this is also considered a form of sexual violence.

Any sexual act with or involving a child under 14 years of age is punishable even if the child consented to it.

Perpetrators use their position of power and authority to satisfy their own needs at the cost of the child, teenager, or adult.

Sexual violence is always a serious attack on a person’s physical, mental and physical health, and is a violation of their dignity.

Sexual violence may occur in many different relationships. The perpetrator may be your mother's (ex-) boyfriend, your father or grandfather, or a neighbor, a work colleague of your parents or an ex-boyfriend, an acquaintance, a boy you’ve just met, a complete stranger, a (step-) brother, an uncle, another student, a first date, a trainer from a sports club, or a teacher, etc.

A third of all perpetrators are younger than 21, and come from the girls’ peer group.

Sexual violence can occur in many different places, such as in your room, in a changing-room, at school, at a club, on your way home, at a basement party, in the swimming pool, in the park, at a shopping mall, in the dark at night or during broad daylight.

Sexual violence can take many different forms, and may or may not include physical contact, or may even be carried out digitally. It is a conscious act, and is usually planned out, premeditated, and repeated. It is not an accident! There are more and less brutal forms of sexual violence, with greater or lesser physical and psychological impact.

Here are some examples:

It is considered sexual violence if

Many women and girls who have experienced, or are experiencing, sexual violence feel guilty and ashamed.These feelings are normal, but they do not mean the victim actually is guilty of anything, or that they did something wrong! Often, these feelings arise because the girl is highly affected or traumatized by the event. Feelings of guilt are a sign of trauma, and a sign that your psyche is trying to regain control.

Sexual violence is always the fault of the perpetrator!

The perpetrator is the one who should feel guilty and ashamed. However, usually this is not the case. In some cases, the perpetrator may tell the girl or woman that it is their fault the violence occurred, or that their behavior made them respond the way they did, etc.

Or, the perpetrator may threaten the victim by saying that no one will believe them if they tell, or that something worse will happen to them or someone else if they don’t keep quiet.

These are strategies to intimidate the woman or girl, to confuse them, make them feel uncertain, and ensure the violence is never disclosed and the perpetrator is never held responsible.

These are stories and rape myths which are, unfortunately, so firmly entrenched in our society that many people believe them. They hide what is really going on: an attempt to gain power, usually by men against children, women or girls.

Sexual violence has nothing to do with ‘normal’ sexuality between two people. A part of sexuality is mutual consent and willingness on both sides.

Depending on the severity, frequency, and relationships involved in the sexual violence, the impact on victims may be more or less serious. The effects may express themselves, for example, in complaints and symptoms like fear, self-loathing, eating disorders, nightmares, mood swings, sadness, social withdrawal, difficulty concentrating, relationship problems, aggression, repression, denial, disassociation, or rage, etc.

Sometimes, these or other symptoms and stress may show themselves much later, a long time after, or even many years after the violence occurred.

All of these symptoms and problems can be treated!

If you have recently suffered acute sexual violence, and if there are traces of it on your body or your clothing, you can have these collected as evidence at any hospital in Bielefeld. If you want, you can take someone you trust along with you. You can be certain that no one else will find out about it. You can take your time to think about and talk about what you want to do next.

No matter what happened, there are always ways to get help. The most important thing is to make sure you are supported, and make sure you have someone on your side who can help you think and talk over everything. It is important that this person can keep things confidential, and won't tell anyone what happened. There are specialized counseling centers and shelters for victims of sexual violence. At the Mädchenhaus Bielefeld, we offer both an anonymous shelter and different residential groups, as well as a counseling center you can contact by email, phone, or in person.